Abuse can be physical like beating the child or violence against his person. Or psychological, neglecting the child, I have written about negligent mothers and fathers earlier. (In really unfortunate cases it can be sexual torture and in extreme cases it can be murder of the child.) In your practice you will get cases of physical or psychological abuse of children. Mostly it will be adults who have gone through this situation in their childhood. So you will be required to counsel and help them heal their inner child self.

All this is how you analyse the child’s horoscope for problems to him caused by his parents. You might rarely get them as child clients or more likely as adult clients with deep-seated issues from childhood. This is a more of a guideline post as there are several combinations which indicate abusive parents. I am writing on the main houses involved and how you can go about deciphering it.

By now you know that the mother figures in life are seen in patterns connected to the,

The 4th house, planets placed in it, planets aspecting it and its owner planet. This will give the physical situation of the residence and the security it offers. Was the child living in a secure environment, was he physically cared for, did he receive nurture, nutrition, basic schooling etc.

Eg I know a horoscope with a Sun, combust Saturn and combust Venus in the 4th house, Sagittarius. As a child, he lived in a very large house, wealthy joint family. Grandfather and father argued all the time. Everyone in this house were very self-oriented as far as relationships go, ego-centered arguments around him. He got limited expressions of love as a child. As an adult he has to run the family business and take up all the responsibilities of this joint family, has no time for self-love or creative self-expression.

The Moon and the Cancer sign wherever these may be placed. This will give the psychological component. The mind and emotions, their scope. Also how did the mother behave with the child. What was the mother’s nature? Did the child feel comforted by her presence or did she put pressure on him. Also check out the 4th house from the Moon, the house of the house, this will give valuable pointers on what makes this person emotionally comfortable.

Eg. Libra ascendant, Moon in 6th house, Cancer in 10th house. Child was denied independence by the mother, she was emotionally insecure herself. She was a very well-known professional, overworked in her profession and social commitments. Now he is also a lawyer and suffers emotionally because of his profession, is overworked. He needed to be made aware of his mother’s effect on him. Once he understood, he took measures to change his mindset and behaviour consciously.

Now the actual father is seen from the 10th house and its power to give results. The planets placed in the 10th house, aspecting the 10th house and the 10th house owner are to be seen for more details. Look for Saturn and the Capricorn sign wherever they may be placed in the chart for subtle cues on what was his father’s socio-economic profile. Was he able to teach the child a good profession and did the child benefit socially, economically by his father’s guidance. Was the father strict enough but fair so as to give the child a solid foundation for his practical life? Look for the sign and planets placed 10th from the birth Moon for the emotional expectations and his emotional response that the person would have had from his father.

In earlier times, even till a couple of generations ago, the father was also required to give a philosophical background to the child. Teach him about outward religion, rituals etc. But in these modern times, the fathers generally do not do this. But still, do examine the placement of the Sun for subtle cues on the self-confidence, healthy self-ego and positive actions of the father which would have also been transferred to the child.

The spiritual father/ Guru, the blessings from the ancestral spirits and the father figures in family/ society are seen from the 9th house. Adopted or foster parents should ideally be seen from the 9th house. Also check the placement of Jupiter and Sagittarius sign for more cues if you are looking for information on adopted/ foster parents. Look for the sign/ planets placed 9th from the birth Moon to know their emotional impact on the person. By ‘adopted/ foster parents’, I mean children, till 14yrs of age, if raised by father/ mother figures other than birth parents. Eg in joint families you see that the parents go to work and the child is exclusively raised by the grandparents. This is not legal adoption but the horoscope will show the combinations. And why 14yrs? It is 2 complete cycles of his chakra development, the age of 0-7 is most sensitive, 7-14 is comparatively less sensitive. After 14yrs it is not technically a child, but a young adult, and he has developed some abilities to resist influences from the parents/ elders. 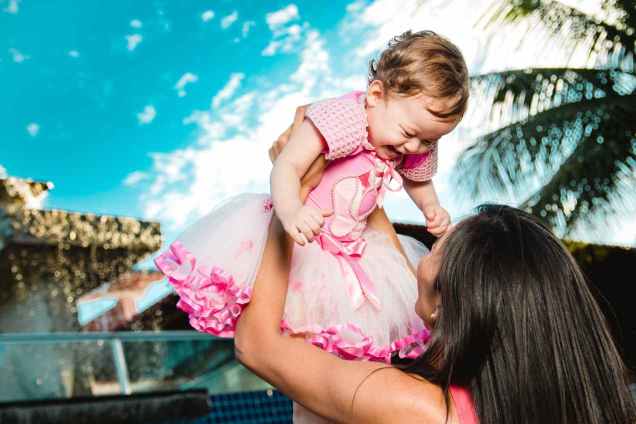 Now you know which houses/signs and planets to focus on in the chart for mothers, fathers and adopted parents.

Now check if any of these houses signs and planets are under stress, ie if they are

Finally check out the Navamsha, 9th divisional chart, D9. This is the entire potential that you have with you. The birth chart is just the manifested physical portion of your personality. You have your list of planets connected to the parents as above, now check which navamsha they get allotted to. Just analyse the planets and the D9 signs relationship, this much is good enough for beginners.

If any of these above planets connected to the parents, get allotted to a worse Navamsha placement, it can be a parent who likes to psychologically torment the child. The reading of potential abuse from the navamsha has to match the D1, only then will the potential result be actually seen in life. Such a parent will abuse the child and enjoy it too.

If the D9 shows potential abuse but the D1 is not so bad, then the abuse will be only psychological (I have given this example in my evil fathers post).

And if the D1 shows abusive combinations but the D9 is better, the abuse will be only physical. The parents might brutally hit the child with the erroneous belief that they are disciplining him. They are not inherently abusive, they don’t like beating him but are clueless about how to discipline the kids. If such parents are counselled and are taught a bit about better parenting, they can change their behaviour towards their young child.

And finally in the child’s chart analyse his ascendant sign, the ascendant lord and their power to give results. If they are both strongly placed in birth chart/ Navamsha and capable of giving auspicious results, the child may suffer beatings or neglect but it will not affect his core personality. This one factor can make or break the situation. So if you see that despite the above factors being active in the child’s horoscope, if the ascendent lord/sign are powerful the child will eventually overcome the unhappy situation. In this case you might be more in the role of a listener as he unburdens himself and talks to you. Just listening to him with understanding will resolve a lot for him.

In astrology, one placement does not make a reading. And when you are making such a heavy judgement from the horoscopes there should be at least 2 adverse combinations operating in the birth chart and backed by at least 2 adverse combinations from the navamsha. You discussing someone’s relationship with their parents, it is always a touchy topic. The client may find it unbelievable that their current emotional problems are connected to their parents behaviour during their childhood. Be kind and try to counsel without being judgemental. Tiny hurts from the childhood can carry on to the adult life and can be very damaging. And if you are a parent or even a grandparent yourself with such combinations in your chart. If you have suffered yourself at the hands of your parents/ elders, do not pass on the hurt to your children. Play with your child or grandchild and do all the stuff you wanted your parents to do with you, with him. This will help you heal your inner child and reduce your unresolved karma. Resolve the hurt and let it end it within you.