I really wish everyone learns to see auras, its easier than learning to analyse horoscopes.

A small (perhaps) incident. A few years ago.

One of my clients had a small 3yr old son, cute, behaviour was as per his age, no big problems, no tantrums. My client had married against the wishes of his mother. Naturally she disliked his wife. And whenever she would come over to stay at his house, his son would misbehave, screaming, crying, out of control behaviour, very agitated. Then the MIL would scold her DIL saying ‘you are not a good mother’!

I had gone to meet up with his mother, a social call. The child was misbehaving terribly, screaming at his mother, and rather than coming to meet me as ‘Auntie!’, he came and spat on me. His dad was furious and was going to beat him.

But the reality was something very very different. The child was not being rude, he just was agitated beyond control. See, the child would play with his grandmom, she would give him his food, take care of him, sleep next to him in the afternoon etc while his parents went to work. A doting grandmom, no issues at all, she actually loved him. But her aura was still so full of anger at her son and her DIL for getting married against her wishes. The auras of the three were actually fighting. The client and the DIL were not aware of this, were just generally uneasy around her. Whenever they got within 2 feet of each other, the auras would send out flares of rage and all sorts of negative stuff! (sometimes auras are really not pleasant to see).

The MIL’s illogical rage and frustration had spoilt the energy of the house. And the poor child was caught in this wild storm of negative auras! The MIL was being with him, taking care of him but unconsciously passing on her feelings through auras! And children are most sensitive to the astral, subconscious etc! No wonder he was misbehaving, he had gone mad with all the aura-conflicts around him.

Just look at the kind of energies we are exposing our children to! The television is garbage, movies are full of negative stuff. We give them mobiles and the internet which spoils their eyes and expose them to age-inappropriate ideas and behaviour. The schools they go to, what kind of education do they get there? Overstressed with school-work and home-work! And the quality of education has also dropped. The food we give them is full of pesticides. The houses we keep them in are cramped, we cut them off from nature. Our cities are full of sound, which tears into their auras. There are just so many things going wrong.

And then us. We are exposing our children to our energies. I wish everyone looks into their own aura sometime. Frustration, tiredness, fear, negativity in our auras, our children are drinking it all in! We don’t give them time. We don’t enjoy their company! Most children are living a life of trauma caused by the intense negativity around them. Hitting them would be the worst thing that anyone can do!

A lot of these problems with children can be resolved if we add pran/vital energy to their energy-starved lives. Sitting in the early morning sunlight, massage by ayurvedic oils, fresh fruits/salads in the diet, listening to Sanskrit high energy mantra. Going for day visits or vacations in places of natural energy, seaside, forests etc where the air is rich in pran (Pine forests have the highest pran levels). Performing the Agnihotra is compulsory for all Hindus, its vibhuti is very high energy. (My son eats it all the instant the homa cools down, but if I have been distracted during the homa, he also points out that the vibhuti’s energy was low).

And the most important, if it is a boy-child, Upanayan/Yadnopavit must be performed at the age of 6yrs. And he should be encouraged to do regular Gayatri mantra puja. For a girl child, she does not need to wear the yadnopavit sutra, on her 6th birthday she should be taught the Gayatri and she should also do Gayatri puja, at least recite it (27 or 54 or 108 times) every day in the morning and evening. Gayatri is the right of every human. It increases the mental stability and intelligence and is the most valuable gift you can give him/her, the foundation of his/her life-time’s spiritual practice. And the parents too, recite the Gayatri along with the child, give yourself these 10 mins in the morning and the evening, your own personal energy quality will improve. (When the age of 7yrs is complete, the chakras of the child stop being so receptive to external influences.)

Why would a child misbehave? It is not normal behaviour, it is a response to something going wrong with him. Find out what is going wrong and change it for the better, this is the parent’s responsibility. Children represent the ‘creativity’ and divine intelligence of the parents in every way possible.

I can never condone hitting a child. Scolding is one thing, but physically hitting or verbally abusing cannot be justified. Maybe I am too idealistic, but we are adults, so should be wiser, more analytical and more understanding? Children copy us. And because we are human too, if we do lash out in anger, we should be sensible enough to make up and reassure the child before it causes a permanent negative impact on his psyche. (I have seen several of my grown-up clients carrying childhood scars of negligent parents, it is very difficult to resolve them later in life.)

And yes, there are children who are neglected by their parents, perhaps beaten up or abandoned or put in hostels and orphanages. There are several combinations which show neglect by the father and by the mother. The astrological combinations would be related to the 4th house/ruler or 10th house/ruler or the Sun or the Moon being damaged by malefics in the child’s chart. If it is physical hurt then the birth chart D-1 will show the damage and if the torture is more emotional, the chart seen from the birth moon’s sign will have the indications.

If small children are misbehaving, first analyse the behaviour of the parents and the child’s environment. From the astrological point of view the Dasha of the child and the parents should also be analysed. (Gandant nakshatra births often go through a difficult childhood.)

If grown ups abuse and neglect their parents, then such parents would have a damaged 5th house/ruler and from what examples I have seen, their own Sun /Moon and 9th house/ruler would be afflicted too. And their own charts would show combinations of parental neglect during childhood.

But all things considered, a child is precious. We all may not be able to afford a lot of things for our children but two things we can do. One is to hug the child, tell him/her that he is the most loved one in the Universe, really mean it (remember he can see auras better than you). And the second is to gift him with ‘faith’ (spiritual practice, Gayatri), let him know that someone is always there, looking out for him. This brings in Hope, the ability to withstand the challenges that life is going to throw at him.

And my client’s child? He went back to his usual sweet self after his grandmom went back to her own house after staying for 1 month. The next time I saw him, he sat on my lap and showed me a drawing he had made. 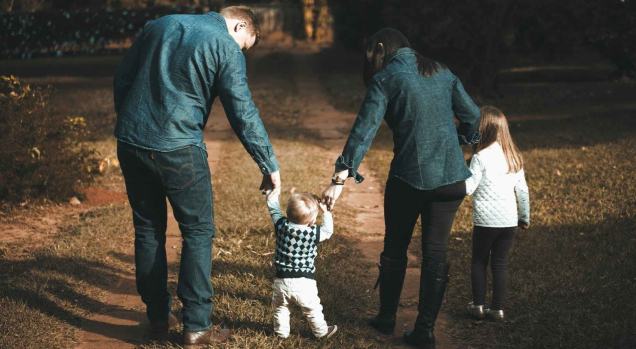 (This post was in response to this comment I received in the comments form. “I have seen small children in my area hitting their parents with lot of angst and the parents stand helplessly. Are there any combinations of children physically abusing parents no matter what their age. I happened to read an article by E Sreedharan -“Metro Man” talking about parenting. He mentioned that children from the age of 4 should be disciplined with corporal punishment. He believes in “Spare the rod and spoil the child”. What is your take on this…..”)

One thought on “Spare the rod and spoil the child? Really?”