The first lunar eclipse of this year is a total lunar eclipse on 16th May 2022. It is the second eclipse of this 2022, following the partial solar eclipse of 30th Apr 2022 (post here). The results will also be somewhat on the same lines, but now hitting on the keywords of the Moon. This map below from timeanddate.com shows the areas which will experience the eclipse. The event will last for an approx 5hrs so its effects will fade in about 5 weeks.

First, the astrological configuration of the graha in the skies.

During this eclipse, all the nations in South America will witness totality and it will have a significant effect on them. Also some parts of Antarctica, Mexico, USA and Canada will experience totality. All those nations whose national capital will experience the totality will be more affected by the eclipse energies. It is advisable that people living here perform some mantra etc to channelise the energy, else it will swamp them.

Nations experiencing the some part of the total and the partial Umbral eclipse phases will also be affected by the energies. The intensity of disruption will depend on if their ‘birth charts’ are weak at this point of time. This includes western part of the African continent and the western tip of Asia which includes the European nations. The people living in these areas should try to channelise the energy of the eclipse so that it helps them in some way.

The eclipse is occurring above the oceans. Practically the whole of Atlantic ocean, the eastern half of the Pacific and a huge chunk of the South Ocean will be affected. A lunar eclipse and affecting such huge tracts of water is bound to cause significant disruption. The global weather patterns which originate from these oceans will be affected and this will have long term repercussions all over the globe.

For the other nations/ people who are going to experience just the penumbral eclipse or will not experience the eclipse at all, its effect will be negligible. 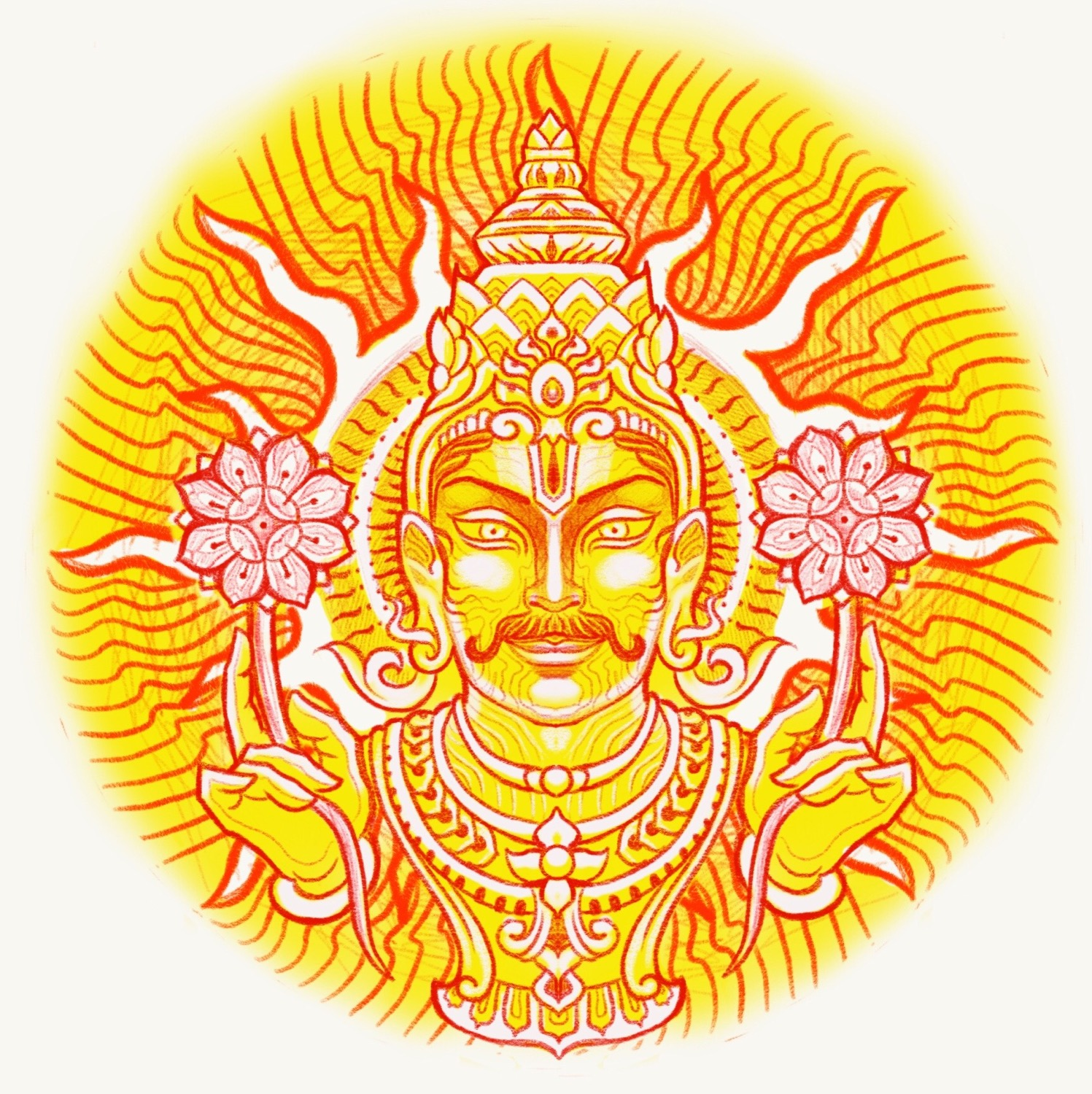 Saturn and Mars in the same sign but thankfully now they are so far apart, one at the very start of Aquarius and one on the verge of leaving it. They have minimal influence on each other per se. But Saturn will continue to feel the effect losing the graha yuddha to Mars. Saturn continues to aspect Aries with his 3rd aspect thus also influencing Rahu in it. Mars is aspecting Sun and Mercury with his 4th aspect.

Jupiter and Venus are not directly connected to the eclipse, but Jupiter is aspecting Moon with his 9th aspect which is good. But they have their own war going on the sidelines, with its own repercussions. They are close enough to influence each other. Exalted Venus has won the graha yuddha and Jupiter will have to follow his lead for the time being.

The eclipse is releasing its energies in the Krutika-Vishakha axis so let’s briefly analyse these two lunar mansions to gain some insight into the subtle aspects of this eclipse.

I have already written detailed posts on the results expected in this Vedic year, Shri Shubhakruti. Result of Saturn’s transit in Aquarius. Saturn’s transit in Dhanishtha nakshatra. Rahu Ketu transit into Aries/Libra. Jupiter’s transit into Pisces. A post on Apr-Jul 2022 and several on the past eclipses etc. (do use the index page.) This year 2022-23 is a very happening one with lots of activities and changes expected during this time. Eclipses act as trigger points for events which have personal and global implications.

Some general predictions. As with every eclipse, first and foremost there will be disruptions in the weather. Heavy winds, rain, cyclones, flooding and turbulence especially for the nations who will witness totality (map above). Weather will be affected on a global level. On the political front, Canada and USA (capital cities of both nations will see the total eclipse) will face political/ economic crises. All the South American nations are also going to feel the energy hit, their governments should be ready for turmoil. African nations, especially those on the west coast will see tension, local skirmishes, civil unrest and terrorist activity. European nations will continue to feel unsafe. The lack of food, energy etc will now start showing its impact, the local population here will get restless and civil disruptions are expected. The Ukraine Russia war continues and it will trigger several critical events in this decade. Russia has a better birth chart and a current transit chart, so will have the upper hand. Overall, secretive actions and clandestine activities will increase everywhere. We might see deaths of a few prominent national leaders/ famous individuals during this time. Few unsavoury secrets of celebrities will be out in the open. Industrial, mining and agriculture related mishaps are possible. In our homes, electrical equipment can malfunction. Karma will come calling for some at the individual levels too. Deaths are possible by drowning or by blood related diseases, sharp wounds and connected to the fluids in the body. Emotionally charged but essentially hollow rhetoric will cause more damage to everyone at some level or the other.

For Bharat, both coasts will see cyclones, the east coast will suffer more. Central areas will be hot and windy. Monsoon will arrive earlier than expected. The rain will be overall sufficient but will be accompanied by high winds, thus cause damage to agriculture. Landslides and flooding is possible. Civil disturbances, internal traitors etc will continue their anti national activities. But overall, despite everything, the nation will progress.

On personal levels, if you are born with Cancer, Leo, Aries, Libra, Taurus or Scorpio Moon signs or even as ascendant signs then you will be more influenced by the eclipse. In case you are undergoing a Vimshottari Mahadasha or Antardasha of the planets involved, ie Moon, Sun, Rahu, Ketu or even Mercury you will see more eclipse triggered action in your life. In case your birth Moon nakshatra is Punarvasu, Vishakha or Poorvabhadrapada then too you can expect some significant change in your life during these coming 5 weeks.

Eclipses give spiritual gains and can also be channelised to give material stuff. They are energy released by a combination of Rahu Ketu and Sun Moon. Sun and Moon are the energies of the Sahasrara and Ajnya chakras while Rahu and Ketu are the energies of desire/ non desire which push your perfect energy geometry out of shape. So if you perform some spiritual activity during eclipses, you can create or trigger events connected to the houses of your individual charts where the eclipse is occurring. ie for the present eclipse, it would be Taurus – Scorpio axis and the Krutika – Vishakha nakshatra axis. Whatever these signs/ nakshatra indicate in your life will see some significant change.

Positive effects are more likely if your own horoscope is powerful enough to absorb this energy burst. In any case, it is advisable to perform some sort of puja, mantra jaap, daan, spiritual practice etc during the duration of the eclipse so that negative effects are reduced and positivity is generated in life. 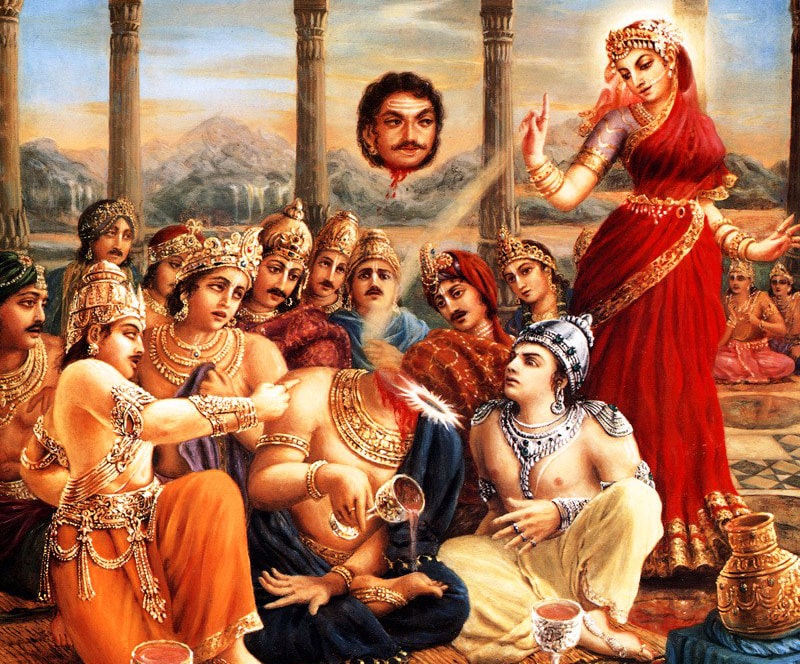