A phoneme is the the smallest unit of sound which makes sense in a language. The Shiv sutrani शिव सूत्राणि also called the Maheshwar Sutrani महेश्वर सूत्राणि (सूत्राणि is the plural of सूत्र) are the phonemes of the Devbhasha Samskrutam. The highly intense building blocks of the perfect language of this creation, the perfectly arranged definition of Illumination. All common languages spoken in this world today are degraded versions Apabhraunsh अपभ्रंश of Sanskrit.

In my several posts on the Kundalini, Chakra system, beej akshar etc I have written on the Consciousness that Sound really is. We worship sound as Shabda Brahma, the Eternal Divine. Then the indestructible sounds, the Akshar of Sanskrit are the sounds that the pran makes as it moves in the energy channels/ Nadi inside the Pranmaikosh of the five sheathed body. As you speak Sanskrit, normally in conversation or as a mantra during your pujas you are actually enhancing the power of your own Pran and Nadi system. This is why I reiterate that everyone must be able to speak simple conversational Sanskrit, read one Sanskrit article/ day and recite one Sanskrit mantra for a life time. Sound is Awareness and Sanskrit is the accurately precise mathematically perfect raw power that you directly derive from Sound as Self.

Maharishi Panini arranged the grammar of the Devbhasha Samskrutam in his book Ashtadhyayi. He did not ‘write’ the grammar, this language is the Devbhasha, ie the perfect description of the Illumination, it is in-built. He merely ‘saw’ the grammar in the Akash and wrote it down. In this following shlok he gives the origin of the Shiv sutrani.

For the students of Pravrutti, this shlok can be understood as,

For the students of the Nivrutti, the same shlok can be understood as,

Sanskrit is a palimpsest. The same words will give different meanings depending on the intelligence, awareness and intention of the writer/ reader. This is the true beauty of the Devbhasha, it speaks to the individual soul and always describes splendour of the Eternal Soul. 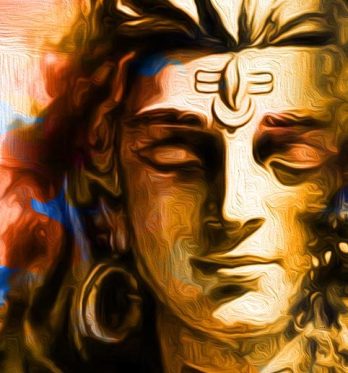 The phonemes of Sanskrit, the Shiv Sutrani are,

This is me reciting them in one breath in the first audio, because I could not find anything suitable online. The effect is clearer when they are recited at one stretch. I have recited them slowly in the second audio. I am not a professional singer so do bear with me on these recitations. (For some strange reason, the Shiv Sutrani  are the first mantra I have put up in my own voice on my blog.

Even though the mantra is in my voice, it is always and ever the Shiv Sutra by Nataraj Raja. One can read, recite and hear the mantra only if the Bhagwan desires/allows it. So do be grateful to the Parmeshwar as you recite/ read/ listen to them. It is by his Krupa.

Ideally the recitation should be in one exhalation, this will come with practice. And remember to start and end your mantra jaap with Om. Recitation of the Shiv Sutrani is called the akshar samamnaya अक्षर समाम्नाय and this is a mantra.

Try to get the pronunciation of these ऋ ऌ ङ् ञ ङ ञ् ष right. Very very few people can pronounce these correctly. The remaining vowels and consonants in the Sutrani are the usual ones we use in our daily life. 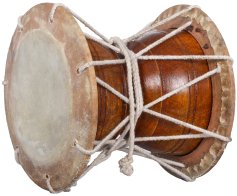 The Damaru that the Nataraj plays is not a drum, it is so much more. 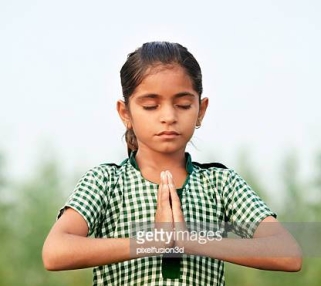 You are saying aloud the smallest elements of the Devbhasha, the building blocks of the perfection of Illumination. When you recite them faster and continue, it sounds just like the Damru playing, the same energy. Channelising the power of creation and dissolution within your self with the power of these vibrations. Trying to find that central Bindu, to stabilise yourself at this point. To become the Observer, the Pivot around which creation and dissolution are perfectly balanced. And the speciality of the Damru, the binaural beats, so in your jap a state will come when the Sutrani literally vanish in a burst of indescribable light/ sound/ energy. This is the state of Samadhi. And it happens.

In families who follow Sanatan Dharma, this sequence is taught to the boy child at the time of the Yajnopavit Sanskar and he is required to recite it during his Gayatri puja sequence regularly. For girls, wearing the Yajnopavit sutra is not compulsory, but all girls should be taught the Gayatri mantra and also these Sutrani on their 6th birthday.

So if you can, do add the Maheshwar Sutrani to your daily routine. Also teach your child and other family members, it takes less than 15 seconds to recite it once. On the very mundane levels, they are healing in nature and regular recitation will ensure that your physical and mental health remains balanced.

(Some people where I live pronounce र Ra as ड Da. eg Hindi Parso as Padso, Mirchi as Midchi, Kar lo as Kad lo. Then Ya as Ja, like Yug is pronounced as Jug! Some add an extra ‘A’ sound, स्त्री stri as istri इस्त्री  though funny is actually common. But the heights was when an astrologer was pronouncing स्पष्ट spasht as अस्पष्ट aspasht, which was actually sad.)

Pronouncing the Akshar correctly means that your tongue is touching the correct parts of your mouth. This is what grants you the complete energy of the Akshar. (For Sadhaks, control over the tongue is critical. Ever wondered why it is attached only from one end?) As you improve your pronunciations, you will be able recite your mantra, stotra etc perfectly, this is invaluable. First is verbal jap, the tongue and the mouth, then as you perfect this, the jap moves inwards, manasik jap at the 3rd eye. And then you see what you are meant to see. Illumination. 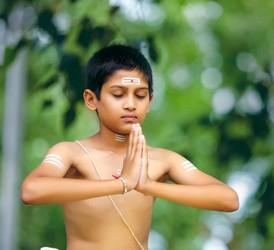