Narayan is technically split as, ‘Narasya ayanh iti Narayanh’. So ‘Narayan’ can be broadly understood as the ‘equilibrium achieved by the Nara’, or ‘the end of the journey of Nara’, or ‘natural state of the Nara’ or ‘the goal of the Nara’, or the ‘Nara when he reaches his journey’s end’. Narayan has another meaning, ‘first offspring of the origin’. 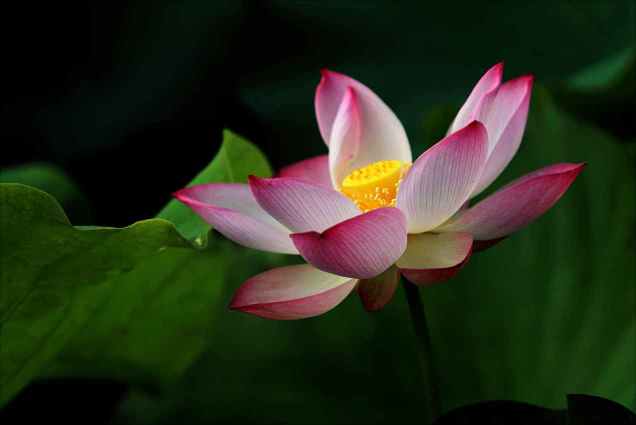 (Ramayan means the ‘journey of Shri Ram’. This story/ allegory ends with the coronation of Ram, Ram-Rajya-abhishek. Most Indians are unaware that the Ramayan authored by Rishi Valmiki ends when Ram completes his 14 yrs of travel, comes back to Ayodhya and is crowned King.
All that stuff about banishing his wife, Sita and birth of his children Luv/Kush is not a part of the actual Ramayan.
Another astrological fact, Ravan was killed on Falgun Amavasya, the last day of the Hindu year. Ram returns to Ayodhya on Chaitra Shukla pratipada, the first day of the bright half of the Chaitra month. And he is immediately crowned King on that day. It was the tradition to start a new era with the coronation of powerful Kings so our new year begins on the same day as Ram-Rajya began so many thousands of years ago.
In your spiritual journey, Ravan is your internal self-ego. You destroy this self-ego as you merge into the central Bindu of the Sahasrara chakra. Ravan is the knowledge of the manifested creation, you will experience this completely and transcend this too. If you follow the Ramayan as your primary guide, the sense of self will take on the form of Ravan. Ravan is discordant terrifying vibrations of sound/energy. You destroy this discordance and bring your internal vibrations to resonate with the sound of perfection OM. Thus you achieve Sadyo-mukti.
The Ramayan describes the Dvaita form of philosophy and the Mahabharat the Advaita so Krishna is considered the Purna-avatar, one step more evolved than Ram.)

Now lets see what the Bhagwat Gita of Shri Krishna says about Nara and Narayan. (This now is my understanding of the Gita, as read from the original Sanskrit text and the commentary on it named ‘Pranav-Gita’.)

Nara is the potential energy of the framework on which these universes manifest. ie it is the Kundalini shakti of Shri-Vidya. Nara is aware intelligence. Normally in an average human, this awareness resides at the lowest levels of creation, ie it resides at the Muladhar chakra and pervades along the 5 lower chakras from Muladhar to Vishuddhi. These 5 chakras are linked to our 5 senses, hearing, touch etc. The function of this awareness here is, to surround pure intelligence/soul by ignorance. This ignorance is created by the 5 senses who bring in ‘subjects’. Eg taste, sound etc are called ‘subjects’. As this conscious intelligence called ‘nara’ is surrounded by subjective ignorance, it is blind to its Reality. As long as the Nara energy sustains this subjective ignorance, you are fascinated by the manifested creation and the subjects that your sense organs show you. In tantric terminology while your Kundalini is still below the Vishuddhi chakra you are called a ‘pashu पशु ’. You are separate from your own Reality.

Once you start your spiritual practice and continue it regularly, your kundalini will eventually cross these chakras one after the other. (The key is ‘regular spiritual practice’. One of my grand-Guru’s disciples, a Guru himself, Shri Nisargadatta Maharaj, wrote in his books that if one does Dhyan for even 2 years regularly the effects will be obvious. And it is true.)

A spiritual aspirant who has crossed the Vishuddhi chakra and reached the Ajnya chakra is now onwards referred to as a ‘Nara’, he is no longer a ‘pashu’. His consciousness has gone beyond the 5 senses of the lower 5 chakras and he has reached the seat of the individual soul at the Ajnya chakra. Now onwards, he will cross the distance of ’10 fingers’ dasha-angula and from the centre of the eyebrows, reach the top of the head.

The seat of the Parabrahma in your human body is located at the top of your head. Within the Sahasrara chakra there is the central Bindu, the location of the Nirvishesh Brahma, Advaita. This is the goal. The ultimate cannot be sensed by the 5 senses, there is no duality, there are no subjects and there is pure awareness or complete knowledge of the Self. This is non-subjective intelligence. The Nara awareness will cross the Ajnya chakra, through the Dash-angula-sthan and traverse upward till it reaches the Sahasrara and its central Bindu. This is where the ‘Nara’ evolves into the ‘Narayan’. The function of the Narayan awareness is to merge itself into the Ultimate Reality located at the Bindu. This is Moksh or attainment of the Nirvishesh brahma.

In Hinduism/Sanatan dharm, there are lots of deities, demi-gods, forces of nature etc which are worshipped. Eg suppose you are a devotee of Ganapati. He resides at the Muladhar chakra. To get your Kundalini into the Brahmanadi of the Sushumna you need the blessings of Ganapati. So you meet him first on your spiritual journey. But if you read the Ganapati atharvashirsha, it clearly states that Ganapati resides at the Muladhar chakra but is also several other energies and also the source ‘Om’ ! This is a paradox then? Not so. We worship an intelligent consciousness. In Sanatan Dharm the keyword is ‘evolution’. Everything is a yadnya यज्ञ an evolution. As your consciousness evolves from the Muladhar to the Bindu, do not expect your adored deity to remain constant! There is no constant, it is all in motion. You will see your deity, Ganapati also evolving. As your consciousness becomes more capable of experiencing more subtle things, you will be shown them, you will also evolve. Ganapati will show you more subtle and subtler aspects of himself simultaneously, till he shows you his ultimate reality, and this will be your ultimate reality too. Thus the aspirant, the deity and the process of spiritual development all merge into the Non-dual.

So as per the Bhagwat Gita, the Nara at the base of the Muladhar chakra, evolves and finally realises himself as the Narayan at the top of the chakra geometry, at the Bindu. Nara is thus equated with Maya-shakti, the power which maintains creation. And Narayan is also called the Brahma-shakti the power which merges the soul into the Ultimate.

Here Arjun represents Nara and Krishna is Narayan or the Guru. Pure consciousness delivers the Gita to the consciousness bound by the subjective senses. But remember that this duality is only on the surface, actually both are the same. This realisation of non-duality is the gist of the Gita. The perceptions of desires, ie the ‘subjects’ are gradually removed by the influence of the Brahma-shakti or Narayan. The doubts of the sense-bound consciousness are removed by the pure knowledge delivered by Narayan. This dialogue, Gita, between Krishna and Arjuna is the solution of all the doubts of the Nara, so that he can evolve.

Here I will introduce one more word, ‘bhav’ भाव. It is a way of thinking, assumption, supposition, a supposed state. Arjun is ‘Jiv-bhav’, ie the assumption of the individual soul with its karmic baggage under Maya and is the assumption of a supposed duality. Krishna is the Atma-bhav, the assumption of higher intelligence or the Guru.  These are the two states of the Non-dual, the apparent duality. The atma-bhav guides the disciple or the jiv-bhav towards itself via the Gita. The Jiv-bhav evolves with the power of knowledge of the Self, until it reaches the the topmost Bindu where it merges with the Atma-bhav and realises Non-duality.

Narayan is a mantra too. ‘Om Namo Narayanaya’ is a very potent simple mantra which you can practice if you feel like it.

If you are able to do this one tiny thing you will achieve Sadyo mukti of the Videha type. ie you will realise non-duality, Nirvishesh brahma at the instant of your body’s physical death. If you are able to recite this one word mantra ‘Narayan’ as your consciousness leaves your body, you will achieve perfect Moksh. However at the moment of exit, things get so confused that I am sure none of us will remember this.

If you think deeply, our entire life is in preparation for the exit from this physical body. We do our work, do our karma, follow our conscience, act as per our personal Dharma, do our spiritual practices etc, why? Just so that when we leave this shell, we gain access to the highest possible energy route out. Most of us are scared of physical death and thus we fail to capitalise on the energies of the most important moment that we have. (I can write so much more on this but it would be too much for the average householders who read this blog.)

This post has again become a bit heavy, but we are discussing the Gita, the ultimate Yog-shastra. So do read the earlier posts hyper-linked within to understand it better. If you follow the Bhagwat Gita as your primary source of inspiration, do not just read it, also practice it. Read it in Sanskrit even if you do not understand. Sanskrit is linked to the energy of the chakras, it will do its job on your internal energy. Nara to Narayan is evolution, experience it.

2 thoughts on “Nara Narayan and the Bhagwat Gita”