Jivan does not just mean ‘life’, it is a Sanskrit word, it means ‘to flow’ and ‘the vitality of the flow’. Life is not a static event, it flows. Every water drop in a river is linked and thus is life interlinked and interconnected on all levels.

‘Mukt’ means the ‘one who has been freed, sent forth, immune, quit, discharged, vanished, relinquished, relaxed etc.

Jivan mukt means ‘one who has been released from the requirement to ‘flow’.

These two are two separate things and are dependent on separate causes, so can happen simultaneously. The Prakruti has stilled because the link between Her and Him is Known. They together experience their togetherness and one-ness. The veil has been removed.

Knowledge exists and so does the body/Universe. A paradox, you might say. But these two are compatible. Read on.

Prakruti creates the individual body with its Universe continually spontaneously. Later karma comes into the picture and becomes the framework for manifestation. The body/Universe is created, maintained and dissolved because of karma. Karma is basically of two types.

Each soul selects this part of karma from its stored karma and the body is designed. This is the point of exercise of free will. On the basis of this destined karma, the body + Universe is created for each individual soul. (Purush + Prakruti combo, your combo is different from mine). You might choose a short intense life with violent energies. Or a smooth sedentary life of ease. A short or long life. Whatever.

This choice of birth is fixed for the life-span of the body. This body and the prarabdha karma you chose is not affected or linked to Knowledge. You might gain Knowledge at the age of 35yrs but if you have exercised the choice of a life-span for 80yrs, your body+Universe will sustain for that much time. However as Knowledge has manifested, more karma will not be created during this life-time (Agaami /future karma becomes nil). And the store of Sanchita karma has been ‘burnt’ in the intense energies of your Dhyan. (Each breath/Soham in your Dhyan is one life-time.)

Moksh means ‘release’, Prakruti is released from her ‘play’, she has released herself. The Purush has stopped witnessing and the Prakruti has stilled. At the age of 35yrs you have become a Jivan-mukt. Your soul has experienced the duality and the Knowledge of duality. The experience has been transcended. You have attained Samadhi (final settlement, agreement, joined with the Eternal, Singularity) so your soul is not affected by anything that occurs in the realm of the Purush or Prakruti. Samadhi occurs in Dhyan. But the choice of birth has to be honored. The performance is over at 35yrs but the stage will be dismantled at the age of 80yrs. Something like when you switch off the fan it continues to move for a few minutes more.

In this phase you will do everything that has been decided as per your Prarabdh karma, your children might get married, your grandchildren will be born, your wife might die etc. But you will be aware of this as a drama. You Know. You are a Guru. The consciousness has experienced and transcended Maya.

Prakruti will not re-energise or re-create, she will just maintain till you turn 80yrs and then annihilate. Prarabdha karma will then complete its course and the soul will separate from the body+Universe. After this last manifested body/Universe, no more will be created for this particular Purush + Prakruti combo. At this point She and Her Purush will merge into each other and this will merge into the Eternal Singularity. This is Moksh as the duality imposed is released and the individual soul merges into the Ultimate.

Now there is one danger to the society here. All this is an internal process so anyone can claim to be a Jivan mukt and become a ‘Guru’, gather a following and use them to live a life of ease. So here to such wanna-be ‘Guru’s, Sanatan Dharm has a warning too. If someone claims to be so, after his physical death his heirs/disciples will not offer the body to the Agni/fire. Anteyshti will not be performed and the body will be buried above ground. (ancient dolmens are such muniyars or Samadhi-sthal erected over the bodies of ancient Mukta souls). For the liberated soul the body is of no relevance anymore but for the cheat, this will ensure that the soul remains trapped on earth with no scope for further rebirth.

The other choice is of being a Videha mukt.

Videha – (Vigatah dehah yasmat sah), ‘the one whose body has gone away from him’. ‘Deha’ is a Sanskrit word which means shape, appearance, manifestation, form, person, individuality etc.

This is Moksh linked to the annihilation of the body/Universe.

In this you would choose a life span of 35yrs. So as the Knowledge manifests at 35yrs, Prakruti will stop, Purush-Prakriti will merge and everything will go back to Singularity. The individual body will die and the individual Universe will be annihilated. Kundalini will burst through, the Brahmanadi of the body will fuse, ie the bifurcated ends of the Brahmanadi (within the Sushumna) will fuse and complete the circuit at the Brahmarandhra. You will merge with the Parabrahma at the Kutasth and this Consciousness will exit through the Brahmarandhra.

You have attained Videha-mukti. The body has physically died with this event. If your heirs have understood what has happened, they are required to bury the body above ground and erect a stone Samadhi-sthal over it. But generally they don’t realise and the usual Anteysthi is performed. Of course, this doesn’t matter as the soul has realised Itself and all this from Its point of view has become irrelevant. But the soul who has attained Moksh was still someone’s father/ mother/ Guru etc. so this would be the karma of the heirs to dispose of the manifested body.

Thus the Soul created out of Parabrahma, goes through a longish process to go back to the Singularity, the two options being Jivan-mukti and Videha-mukti

(I would recommend a study of the Samkhya for more in-depth discussion on this topic. Also a study of the Nasadiya Sukta for the creation part. And of course the Brahma Sutra. This topic is a bit obtuse, but there was a question and I did try to write it in as simple words as possible) 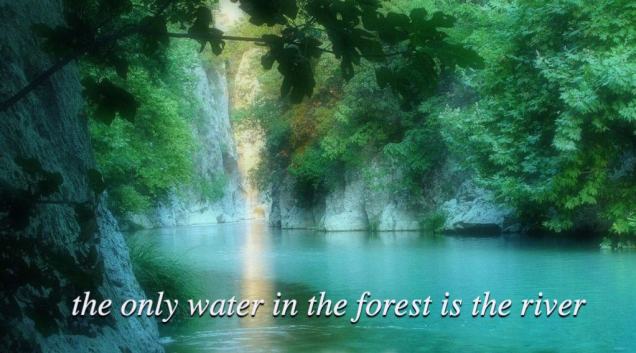