All of us want a happy married life, with a loving husband/wife, sweet children, domestic peace and harmony. Then again as married couples know, marriage, just like any other relationship has its ups and downs, and most of us are ok with that. But for a few of us this dream of a happy marriage shatters completely as we face up to the reality of an abusive spouse.

Most Indian parents match the charts of their children before getting them married to avoid problems later. But sooner or later you will get a client who says that he/she is being abused in the marriage. Abuse can be on several levels, physical hurts even murder, psychological, mental, financial, jealousy, control, domination, blaming, etc. Both the husband and the wife can be cruel, I have seen both examples. However the woman is more likely to try and seek help. In cases where the wife is abusing the husband, he generally remains silent unable to speak out regarding his misery.

You might be given horoscopes of both the husband and wife. Generally the question is if they should try to conciliate or go for a divorce. You should analyse the victim’s chart for specific pointers for ‘victim-hood’. Check the chart of the spouse if he is involved himself or is it his family doing the torture. If the spouse is clearly the aggressor. Or is he a mute by-stander while his family is abusing the spouse. (In one eg. it was the brothers of the wife were abusing the husband). If you get their children’s horoscopes too, they might show typical combinations where the parents do not get along well together, ie their 4th, 10th houses will show the effects.

In this situation generally everyone either lies or exaggerates, so be dispassionate, check the horoscope for the truth, or refer to a prashna kundali for confirmation. 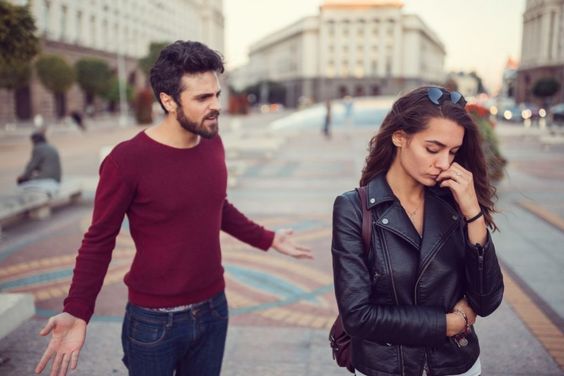 First the houses, check if there are overt malefic influences and no supportive beneficial influences. Go through the following houses, depending on what kind of a problem is being described by the victim you will see the patterns.

Some typical combinations. Fiery or dissociative planets like Sun, Mars, Saturn, and Rahu /Ketu in the 1st or 7th house can indicate the violent nature of the spouse. Any association of Venus and Rahu should be examined with due care, ie even if they are in the same trikon they can influence each other. They can give affairs outside marriage. Look into the relationship of 3rd and 6th houses with Mars, Moon and ascendant lord. Another pattern is if the ascendant lord and the lord of 7th are in the 6/8 axis. (eg Cancer ascendant, Moon in 3rd house, Saturn in 8th house, the 6/8 axis operating). If the owner of the ascendant or 7th house with the nodes/ functional malefics. If the 2nd 4th 7th houses together are damaged at birth or in transit there is a marital problem with clashes in the family/house, etc.

Now check the planets for their power to give auspicious/inauspicious results. The ascendant house/ lord, the birth Moon and the 7th house/ lord in the birth chart are especially important. If these are strongly placed there may be problems but the marriage might survive but if these are severely damaged then the possibility of divorce cannot be ruled out.

Finally go through the transits/ Dashas. Even if the horoscope shows negative readings, if the dasha is of a supportive planet then severe negative results do not show up. ie If the Dasha periods after the marriage event are of auspicious planets as per the person’s chart there may be some painful events from time to time but the situation does not get really bad. The marriage survives so you can predict some hopeful results in the future. And do look for such patterns which can help the marriage survive. We are supposed to counsel and help the clients not scare them out of their wits.

But if the ongoing Dasha periods are of the malefics in the chart who will actively cause havoc in the marriage then the clashes start and continue on high pitch levels. Transits over the 1st, 7th houses, the birth Moon can cause temporary issues or bring a simmering situation to a boil. (If you have any Cancer or Leo ascendants in your sample study, for the next 5yrs Saturn will be transiting Capricorn/ Aquarius, this is a very significant transit for these people). The role of current transits/Dashas is important in analysis, and the future transits/dashas are essential for predictions so take time over it. (Astrologer’s keep track of the planet’s current position in the skies, over time it becomes a habit to mentally superimpose these positions over the birth charts. But to begin with draw the chart on paper and use a different colored pens.) 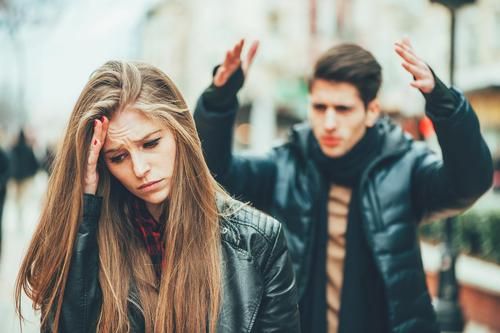 Finally remember that there should be at least 3 or more combinations in the birth chart and these should be powerful enough to cause the unhappiness in marriage. Just one combination does not make a reading. The current transit/ dashas should activate that tendency of the birth chart ie its influence should be active at that point of time. This is making a very personal judgement on someone’s personality, married life etc so do analyse properly.

One point is this, the birth chart has to show the ‘victim’ combinations for the abuse to occur in real life. The moon chart is used as extra data.

In my opinion these are the most difficult cases to judge. It is a traumatic situation in the first place and if there are children then the trauma for the little ones is very intense.  Advising some one to continue the marriage or go for a divorce is a very difficult analysis especially if there are children involved. If the children’s charts are a bit supportive then also you can advise them to remain together for the sake of the children, ‘agree to disagree’ types. But every situation is different.

If you see danger to the life/ health of the victim spouse and the children, you can ask them to consider a temporary separation till the triggering transit/ dasha passes over. (eg, a client couple separated and reconciled 14yrs later. They already had one daughter and 15yrs later they had one more son.) But if the situation is irreversible then a legal divorce remains the most logical option. However all these are very sensitive issues so do handle them with due tact. As astrologers, we must not get involved personally in any client’s life else it becomes our karma too. But because it is our karma to see the charts and counsel, we must always follow the predictive principles, our intuition and our conscience. This sometimes is analysing the darker side of human nature.

Also read this post on Narcissists, abusive relationships and the horoscope. 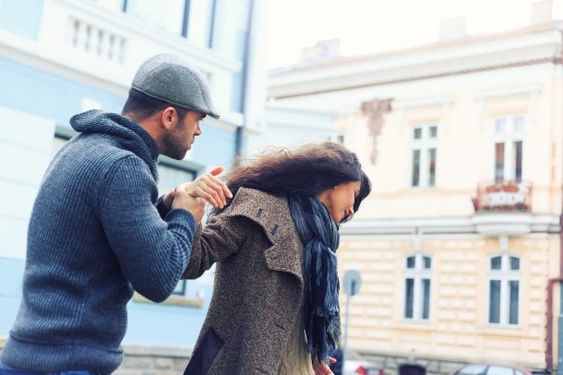