I had written separate posts on depression, addictions and psychiatric problems. And strangely there is a lot of interest on these serious topics related to mental health! Seems that Mercury has this current age of ours firmly in his grip. We live in a world ruled by communications. And most of our problems seem to be rooted in mis-communications and mis-interpretations. Sometimes these mental games become so severe that a person takes the extreme step of consciously ending the physical existence, commits suicide.

For determining suicidal tendencies in a chart, we need to examine mental and emotional factors and also those factors which actually power the actual action of suicide/death.

Since suicide is a termination of the entire physical manifestation lets examine the role of all the planets in this extreme step of complete identity loss.

Sun – The Sun is the Soul, the ego, self-image, divine intelligence and the spark of the divine animating us. A strongly placed Sun in the chart supports your will to live, your self-worth and self-confidence and you will never have to face psychiatric problems. Even if your birth Moon or Mercury is badly placed, a strong Sun will pull you through. A weak Sun will reduce your resilience to bounce back after mishaps, you are less willing to fight for yourselves and allow the situations to carry you without any resistance. In such a case a badly placed Mercury or Moon will aggravate the problems till you feel there is only one option to get out. The sense of false empowerment that results in tragedy.

Moon – is the mind. we draw our emotional comfort and stability from the moon. A comfortable moon located in good houses and in aspects of benefics ensures a healthy emotional context. If the moon is badly placed it can cause emotional trauma. The nature of the event which can force the extreme step is likely to denial of emotional comfort, support and stability or betrayal from the persons who were expected to provide emotional support. If the Moon and Mercury are severely afflicted together with a damaged Sun and there is zero support from any of the other planets, it can push for the final step generally by drowning.

Mercury – is your analytical process. You have an experience, you link it with your past database of experiences and only then can you conclude from it, this is Mercury in action. Thinking, perceptions and logic. Mercury in a bad place will destroy the analytical thought patterns. The person will take only the negative perceptions from his life experiences and ignore the positives. Over time this mindset will lead him to conclude that life is a pain and not worth living anymore. Thus the final step will be thought of as a viable option.

Mars – is the natural ruler of the 8th sign of the zodiac and is the force who rules over our life and death. 8th house is the house of forceful transformations of identity, death and rebirth. He is also the expression of the Will. If the Will sends instructions for self destruction the energies of Mars will follow. Weak Sun, Moon, Mars and Mercury together is very toxic for the personality. Mars is very important as he will power the actual act of suicide. Such a person might even take up a stupid challenge to do some dangerous activity which will result in his instantaneous death, a type of suicide! If the person is depressed due to other planet aspects, he might try to die by burning the body, slitting wrists, bullets or electric shocks.

Venus – If the weak Sun, Moon and Mercury link up with an equally weak Venus, the person can contemplate committing suicide as a result of broken relationships, betrayal in partnerships and mental trauma caused by lovers or spouses. He can argue with his wife on some silly reason, leave the house and commit suicide. However he would prefer a painless death by sleeping pills or drugs.

Jupiter – Jupiter/Guru is the philosophical base of your life. He controls the Dharma, the theories on which you live. As the natural lord of the 12th house, he controls the astral/sub-conscious and the states after the physical body-death. He can attract a person to the after-death state. A suicide powered by a damaged Jupiter, linked with weak Sun, Moon and Mercury, will show a typical wish to find the better place in the after-death. He is not bothered about his living state as such, the after-death attracts him and he wants to get there asap. Example is ending the body in a pseudo-religious cult practice.

Saturn is connected to longevity, maturity and ageing. If he is associated with the 8th house in any way he can promote long life. But if he is weak, he tends to give an early death or constant illnesses, the body does not endure or does so with great difficulty. A strong Saturn is necessary for a strong body. A weak Saturn linked to an afflicted Mercury and Moon can confer early death by suicide, often by getting under a train or in the road-way. The nature of the precipitating event is likely to be connected to social pressures and shame at being caught in a socially embarrassing position. 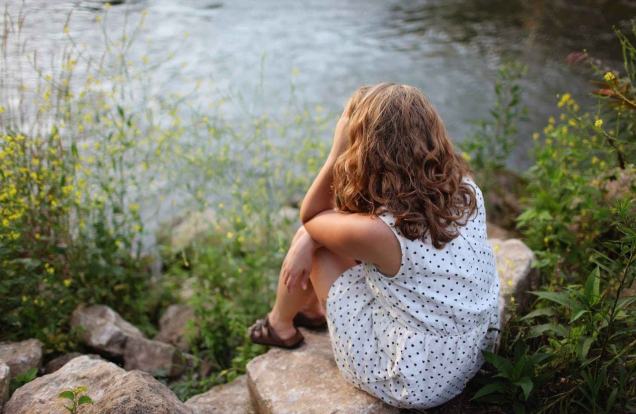 Rahu – Rahu is the rule breaker the North Node and his main character is that he respects no boundaries. He is massively ambitious and full desires which can never be satisfied. His constant motif is a over-reach followed by a spectacular fall. This pattern keeps on repeating throughout and if the mind, will and intellect is weak the person can contemplate suicide. This also will be a public spectacle as per Rahu’s mind-set, like jumping off high rise buildings or suicide bombers, or sometimes by injecting poisons in the blood.

Ketu – the South Node is the agent of dissociation himself, he dissolves boundaries. This mindset will prefer to dissociate from the living state because he has no interest. Apathetic to Life itself. We hear some one who was doing well and ok generally suddenly secretly committing suicide for absolutely no reason. He may not even leave a suicide note! Ketu can confer suicide by consuming poison, in secret or in pseudo-religious cults. He may want to take his life at pilgrimage sites believing that it will grant Moksh.

Thus for a death by suicide prediction, the basic combination is a weak Sun, in combination with an afflicted Mercury, weak Moon and at least one weak other planet. The other planets also contribute their bit in pushing the person over the brink. If the chart has only the weak Sun, Moon and Mercury, the person can get depressive thoughts and think of suicide but wont be able to act on them. This action of actual suicide is determined by the 4th weak planet which gets linked to these 3.

If you come across such a chart in your friends/family circle, remember that this person can be traumatized and pushed, till ending of the physical existence will seem to be a viable option. He needs counselling and be taught to take remedial action when his thoughts begin to loop on himself. Best option which I have seen is, to get such a person hooked on to a Mantra. If he can be made to listen to the Vishnu Sahastranama stotra once a day as a routine, it is a good 22min long Stotra very energy-rich, enough to wash the mind off any negative tendencies. Or any other Sanskrit stotra which is at least 10 mins long. He can listen to it on the way to work or while driving, it will help immensely in controlling his mind and emotions.

Ultimately from an energy perspective and what I have seen from my access to the sub-conscious, if a person commits suicide once, he has to repeat this act in the next 7 lives. The next birth occurs as per the mental/emotional/spiritual state of the person at the moment of death. But in a suicide it is very different. The astral body registers the suicide’s energy as an aberration, I have written a bit on what happens at the moment of death in my post on the Moksh trikon here. Also the impressions are stored in the astral body which can be seen from the D-9 navamsha chart, this D-9 chart changes over lives, very slowly. So to completely remove the impression of the suicide event from the astral body, it takes 7 subsequent lives. Taking one’s own life intentionally is against the deepest Conscience/ Antaratma! It is disrespecting the Love that we receive from the Universe/ Parabrahma. It is an unimaginable torture and from a spiritual perspective pushes you back several steps, recovery from this act consumes the energies of the next 7 lives, it is not worth it!

16 thoughts on “Prediction of Suicidal tendencies”