Listen to this beautiful rendition of the Guru Stotra by Uma Mohan and read on.

Tasmai Shri Gurave Namah – Thus I bow down to that Shri Guru. 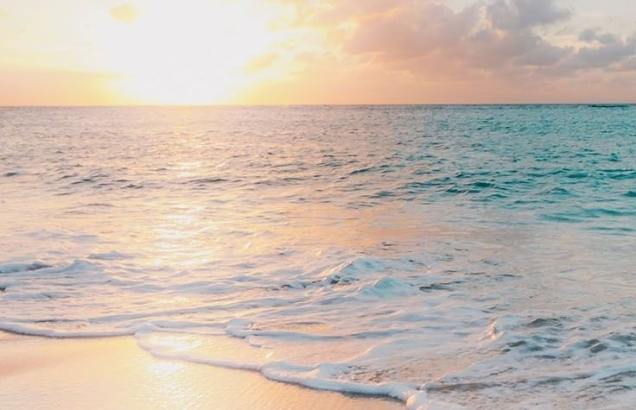 The energies called Brahma, Vishnu and Maheshwar are the potential stages of the Raja, Satva and Tama Gun. (Their corresponding active stages are Sarasvati, Laxmi and Shakti). In the deepest stages of Dhyan your individual soul absorbs them and the three Gun come to a balance. (Topmost triangle of the Shri Yantra) Further, this leads to Moksh (Bindu). The Brahma, Vishnu and Maheshwar are the energies which help you reach the Ultimate thus they are ‘Guru’. Your Real Self /Parabrahma, i.e. Energy which Witnesses, also pulls you towards Yourself, thus it is a Guru.

The Ultimate intelligence, consciousness, eternity, gravity, silence, stillness, eternal endlessness, the one without birth. The Naad, Bindu and the 16 types of Kala (read this post on creation) are manifested during creation, Guru is beyond these manifested things. Guru is the Reality which remains after you experience and transcend creation. The Ultimate reality is not these heavy-duty words, it is much much beyond that. The Guru is beyond this manifested Universe, he is the Eternal.

The darkest of the dark ignorance surrounds our soul/Jivatma. This state is called the ‘timir-andh’. This shlok/verse refers to the initiation of a disciple by a Guru (Jivan Mukt). During initiation you are shown a glimpse of the white/gold Being of Lightening. Your third eye and its surrounding nadi energy structures are  flooded with pran by the Guru, so that pran can start flowing and then Kundalini also can follow. This Lightening is your first glimpse of the Parabrahma. And your Guru shows it to you! At that extremely subtle energy level there is no difference between the Guru and the Parabrahma. This internal Guru which has been shown to you, now pulls you towards the Eternal. You do your Dhyan, now with the image of the target in mind. It energises you.

This shlok also refers to the final realisation where the energy of the ‘Guru’, finally pulls you in into Yourself in the deepest stages of Dhyan.

When a Guru gives his initiation to his disciple, the region of the third eye chakra gets illuminated, becomes visible and the Guru nadi opens. Here for a brief fraction of an instant (which seems endless!) you get a glimpse of the Ultimate. The whole geometry of the endless dimensions. The Reality inherent in everything of this manifested universe and also in the Un-manifested. Only a Jivan mukt is capable of giving such an initiation. Now it is upto the disciple to practice what he has been taught and to see and experience this Illumination consciously again. As you start doing your Dhyan and it progresses, you see this Reality initially as a crescent moon shaped (Guru-pad) illumination. Thus a disciple sees the Guru-pad twice. Once a tiny glimpse during initiation and then the Experience during the Final Realisation.

The Prakruti is the eternally in Spontaneous Motion animated principle, She Plays. The Purush is the inanimate Still Intelligence, He Observes. These two are pervaded by and created by that eternal Singular Reality. The Guru first shows you this duality and then the Singular Reality and how the Reality pervades all. The Guru is the strength to first show you, then make you experience and then transcend.

The three states of Bhu, Bhuvar and Swah are linked to the three states of existence (Jagrut, Swapna and Sushupti) and also the three Gun (Satva, Raja, Tama). The Moveable Prakruti and the Still Purush. All these things are composed of the Parabrahma. In our present level of understanding we are under the impression that these differentiated states are somehow not the Ultimate. But the Guru energy makes you experience the Singular Reality pervading everything. So you perceive the Singularity in all these so-called differentiated stages. Everything is absorbed by, pervaded by the Universal intelligence.

The manifested Universe is pervaded by one essential True Knowledge also called Para-Vidya. This energy called Prakruti binds this manifestation, slows down the energy and creates this Universe for you. And then finally the innate knowledge (Atma gnyan/Para vidya) gives Moksh in a clear incisive burst of eternal happiness. These are all the aspects of the Guru.

No tattva, i.e. essence of creation (there are 24 tattva of creation) can be more powerful than a Guru. i.e. the power of the Guru will break the binds of the 24 tattva. There is no spiritual energy (tapa = heat of spiritual activity) stronger than the Guru. i.e when you do Dhyan on the guru-pad (the third eye chakra which is later seen as a crescent moon in Dhyan), maximum energy is generated. The Guru is the final Realisation. The Guru is the energy of the Parabrahma which always pulls you. Thus the Guru is responsible for conferring Moksh.

The one who protects me is also the auspicious protector of all my creation. The greatness which is mine is also the greatness of the manifested universe. My Soul is the Universal Eternal Soul/Parabrahma. And all this is the Guru.

You are not separate from the Eternal. However this temporary feeling of separation is because you have created a universe for yourself. This verse/shlok reminds you that you yourself are the Eternal Reality.

This shlok is rather similar to (6) above, with one difference. Chid-roop here means first the ek-roop then the Para-vidya. When Prakruti manifested the Universe, she creates 7 types of bindings over herself. These 7 roop are vice, virtue, passion, dispassion, power, weakness and ignorance. Thus she Plays, she creates (Lalita). When finally she finishes her Game, she manifests Ek-roop, singular form, also called as Knowledge in herself. Thus Knowledge nullifies the bindings and stops her movement. Creation stops. Now this knowledge becomes more incisive and eventually the Ultimate Knowledge of Singularity manifests. The Guru illuminates the path which leads you from your limited individual soul to the Eternal Soul/Parabhrama. (This is the route from the Ajnya chakra to the Kutastha)

All the Shruti /Ved refer to the ‘jewel in the head’, this is the seat of the Parabrahma, the Kutastha. The individual soul is allowed conscious entry here only when it attains Moksh. This is the Eternal consciousness which resides above the lotus of the Sahasrara chakra. The flow of consciousness (spontaneous movement of Prakruti) creates the eternal knowledge called the Ved (ek-roop and then atma-gnyan manifests). When you reach this end of this ‘flow’, you reach the end of the Ved and you reach your final destination, the Eternal Illumination.

All this is the Guru.

If you remember my earlier post on creation, the three chakras Vama, Jeyshta and Raudri are linked to the three Gun and also the Kriya Shakti, Iccha Shakti and Gnyan Shaki. Now the Guru is above these Shakti’s, literally, the seat of the Guru is the Bindu!

Then when you dissociate Your Soul from the 24 tattvas of creation during Dhyan, i.e you offer them to the Guru. Then you are allowed to come closer to the source of the Guru. So in a way here, you offer creation to the Guru. You stop being the ‘doer’, and start being the witness. You stop creating new karma.

You are the Eternal, the Creation is an aspect of your own self called Prakruti. This is called ‘Bhukti’, division, possession, enjoyment. You divide yourself. Mukti is release. Release from karma, bindings, duality, ignorance etc. The energy called Guru is responsible for both division and release.

You have taken so many lives, have taken on so many karma, bound yourself, forgotten your Reality. The Guru breaks open these bonds on your soul/Jivatma by giving you the ultimate knowledge. The knowledge of the Self (Atma gnyan or Para vidya)

The flow of consciousness i.e. life/creation, though pleasing is Maya, it can neither be completely real nor is it a complete illusion. So this ‘creation’ at the spiritual levels is always a binding. The energy of the Guru drys up this ocean of Maya, this then leads to you achieving the Essence. If you are able to absorb the essence of the Guru which is first visible at the ajnya chakra and then traverse the route from the ajnya chakra (Jivatma) to the Kutashta (Parabrahma) you attain Moksh. (Follow the energy of the footstep of the Guru!).

Tasmai Shri Gurave Namah – Thus I bow down to that Shri Guru. Om

But Namah means more than just ‘bow down’! It is something like the Ultimate power. The paradox of illusion and wisdom united together. Depth of stillness and flowing movement together. The eternal unborn one in solitude. ‘Gurave’ means ‘in the Guru’. This power of ‘namah’ is ‘in the Guru’.

This is the Guru Stotra which defines the ‘Guru’ in the spiritual sense. There are many humans who pretend to be Guru and create followers for themselves, live a life of luxury. Having a Jivan Mukt as a physical human-looking Guru, face-to-face is very rare. So find your internal Guru, this energy is always available to us all, it is the route which starts from the Ajnya chakra. Do your Dhyan, focus on your third eye chakra and on your Soham mantra.

Tasmai Shri Gurave Namah – Thus I bow down to that Shri Guru. Om

For more, Guru Gita and the books by Jagat-Guru Shri Adi Shankar-acharya, especially his commentary on the Brahma sutra.

The Full moon day/Pournima of the Ashadh month (today), is the Guru pournima. Do your spiritual practice with the intention that the ‘crescent moon’ turns ‘full’. Guess that says it all!