I have written about the Soul in Dream states/Swapna awastha in this post here.

There are four states of existence, Awake – Jagruti, Swapna -Dream, Deep sleep – Sushupti and Turiya – the fourth state (you get an inkling of this in the deep Dhyan stages).

The deep sleep is a very mysterious state. Modern science has accepted that the deep sleep phase is essential for the body to rest and rejuvenate. Your body repairs itself when you are in the Sushupti state. The mind and the soul also refresh themselves. And when you wake up you feel that you are reborn. But modern science is unable to explain why and how this happens. Modern medicine generally studies physical bodies and dead bodies, so the secrets of the living body are beyond its practitioners. What is Life? If you want to know how your body, mind and soul function, you have to study the living body composed of the Panch-kosh in which the Pran flow and the Jivatma/soul resides in it. 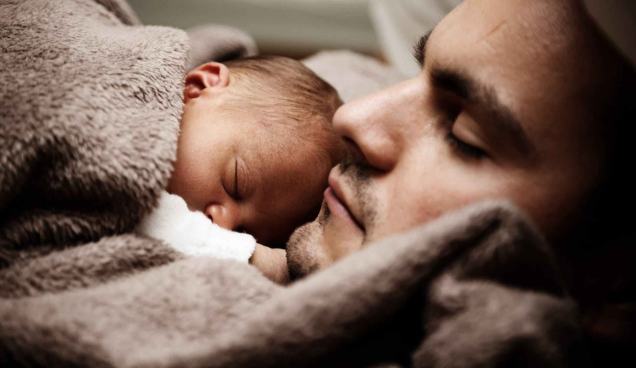 A quick recap of the body’s energy structure. The thinnest naadi /energy channel is called the Sushumna. It has 6 energy vertices/chakras from the coccyx to the third eye roughly along the vertebral column. There are 6 more chakras in the head. The Third eye chakra is called the Ajnya chakra and is the seat of the individual soul.

‘Behind’ the Ajnya chakra is the Kutasth कूटस्थ. It is a Sanskrit word शब्द which means, unchangeable, supreme, immoveable, uniform, at the top, located within a multitude, etc. This is the Krishna of the Bhagwat Gita, Vaikunth the abode of Vishnu, Kailas the abode of Shiv, the Bhairav of the Vidnyan Bhairav Tantra resides here. The unknowable ‘dark’ yet ‘self-illuminated’, Parabrahma /Eternal Reality is located at the Kutasth.

There is an oft-repeated story of two similar looking birds, the only difference is in the behaviour. One eats the fruits from the tree and the other just sits and observes the first bird.

But the interesting thing is that खग does not just mean ‘bird’, it also means wind/ energy of the wind/ vital energy/ pran. And to ‘eat’ is also means to ‘experience‘. The Parabrahma is also called the Mahapran, Great vital energy. (This allegory defines the Jivatma and the Paramatma in several deep ways, so think on what else this simple story tells you.)

The manifested soul/ Jivatma exists outside the Kutasth, at the center of the Ajnya chakra. It cannot consciously enter the Kutasth. The entire purpose of spiritual practice is to get the Jivatma to enter into the Kutasth! You can imagine how difficult this is, you have to rebalance all karma, control your vital energy/pran then set the kundalini free from its sleeping place under the lowermost Mooladhar chakra. Take it up the thinnest inner layer of Sushumna (i.e. the Brahmanaadi within the Sushumna) then navigate the energy whirlpools of all the chakras carefully, open the three locks (granthi) on the way etc. Only then can your soul, Jivatma consciously enter the Kutasth and experience the Ultimate Reality. This is Moksh.

This is the Yantra of the Ajnya chakra. The two petals are the Ida and the Pingala naadi in cross-section. The circle is the Sushumna. The downward pointing equilateral triangle is a cross-section of the Brahmanadi. The central dot/Bindu is the Jivatama/individual soul. In some yantra diagrams, Om ॐ is written in place of the dot/Bindu. It means almost the same thing. (The sequence of creation is – Parabrahma – (Purush with) Devi – Naada (of two types Naad-anth and Nirodhini) – Om – Bindu.)

So when you are awake, the individual soul/Jivatma is located in the Ajnya Chakra. It coordinates the movement of pran from the Universe into the body and allocates it to the Ida, Pingala or Sushumna. It orders (ajnya) the inward movement of the vital energy/ pran.

The next state of existence is the Dream. When you are dreaming, Swapna, the Jivatma uses the Sookshma sharir (do read the post on Panch kosh) to travel within the astral dimensions and its own sub-subconscious layers. (Astral travel is a variant of this where the Jivatma moves out of the boundaries of its bodies for brief periods.) 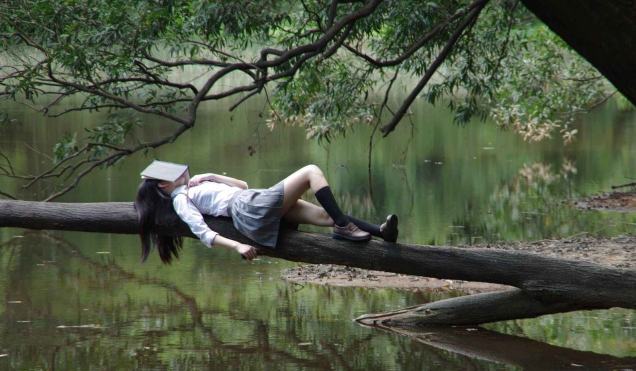 But what happens during deep sleep, Sushupti is very interesting. The Jivatma moves from the center of the Anjya Chakra to the ‘door’ of the Kuthastha and is actually allowed entry. It rests with the Parabrahma! The objective of your entire spiritual practice is achieved in Sushupti! But there is a difference between the two, else everyone would get Moksh in deep sleep.

Deep sleep is defined when you are sleeping, perfectly relaxed, regularly breathing, calm, peaceful and seeing no dreams. In this phase you/Jivatma, become one with the Mahapran/Parabrahma. During this period you are unaware of everything. You are surrounded by nothing of this manifested Universe and are in the embrace of the Eternal. However there exists a thin ‘veil of ignorance’ between you and the Supreme. Thus you have no awareness of your identity with the Supreme.

This rest with the Parabrahma is the reason why the body, mind and soul are completely refreshed after the Sushupti phase of sleep. But then why would you come back from the Kutasth? If Moksh means entry into the Kutasth, you are doing it every night! So why come back to the Ajnya and take over the body-robot again? There are three reasons,

When the individual soul enters the Kutasth and rests with the Parabrahma in deep sleep, it is like a a pot full of salt water with a tightly sealed mouth plunged into the Ganga. When it awakens from the deep sleep, the same pot is taken out of the river with the same salt-water in it. Similarly the individual soul is enveloped by its desires. It goes to rest and recover with the Eternal in the Kutasth. During this period it temporarily suspends all senses/ activities/ego etc. It comes out of the Kutasth again to get more experiences. It does not become identical with Eternal Reality. However the soul experiences deep happiness during Sushupti and rejuvenates.

(If you force someone to remain awake or not allow him to enter the deep sleep stage for a few days he will die as soul will not be able to rejuvenate  within the Kutasth.)

Another connected thing. Indians have a habit of having a bath first thing in the morning. If the kids delay having a bath, the elders will scold. Now observe your energy dynamics before, while and after bathing to know why bathing after waking up is essential. (I hope you can see your own aura by this time?) Well, when you are in deep sleep, the individual soul has sort of left the body and gone to the Kutasth. The movement of vital energy/pran is restricted to the upper chakras of the head. The rest of the body gets the bare minimum stand-by levels of pran. This Sushupti phase is like a ‘mini-death’. The Jivatma restarts the body as you wake up, but the naadis are still under the last night’s deep sleep effect so pran does not flow so smoothly in them. When you take a bath, i.e. put water on your body, your aura stops projecting out. Only when you dry your body, it flares around your body again. You feel a ‘warmth’ as you dry yourself, this is your aura enveloping you again. All this resets the energy of the body and ‘fixes’ the rejuvenation that your soul has experienced in last night’s deep sleep, so the entire body benefits.

The human soul is a very strange thing. It knows its Reality (continuously recites Soham) and rejuvenates itself within the Eternal every single night in deep sleep/ Sushupti. But it allows the desire to experience to pull it back to the body/Universe it has manifested. And yet tries to again go back to Itself during its waking state!

(For more reading, the Brahma Sutra.) 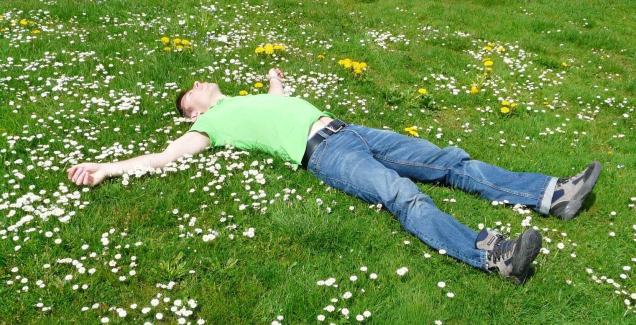 3 thoughts on “Soul in Sushupti the deep sleep”