I have referred to the birth Moon chart in several of my posts. There were some recurring doubts on this so writing a basic post for analysing the birth Moon chart. Use this step wise framework to know more about your emotions, innermost tendencies, feelings and the astral body.

In Jyotish, you first analyse the Ascendant sign/ lord, and the basic birth chart. This gives you the physical and material stuff. The vitality of the physical body, the power of the overall environment around you. And how you make use of all these physical stuff.

Next in importance is the birth Moon. He represents your astral body, (there are 5 layers to the the body you are in post here). He is the sum of all of the individual you, ie your past present, future and parallel lives. He is your needs, your capacity to receive, your ability to change in response to the external/ internal stimuli, your entire potential. He is your experience, perceptions, feelings, emotions, instinct, nature and nurture. A strong Moon in the birth chart significantly elevates the quality of the entire life. You can never ignore the birth Moon chart.

Let’s use the example Aleister Crowley. A genius occultist, creator of the Thoth tarot deck, a spy, a mountaineer, writer, highly confident, intelligent etc and also the other negative stuff which you can get from the internet. He is dead, accurate birth data available and a well documented life, an ideal subject. His birth data 12th Oct 1875, 11:43 pm Leamington UK.

The ascendant is Cancer and so the birth chart is this,

The birth Moon is in Pisces sign and he is in 9th house from the Ascendant sign. For deriving the Moon chart, we redraw the same planet positions but put the Moon in Pisces sign as the first house. The rest of the planets and their signs remain the same as the birth chart. We just count everything in relation to the Moon. Birth Moon in Pisces is our focus point. We want to know more about the Moon and how the other planets are interacting with him.

So this below is his birth Moon chart, Pisces as the 1st house containing Moon and also Rahu.

This analysis will tell you what exactly is his birth Moon capable of.

(You can also use the Ashtakvarga points of Moon in Pisces, the total points of Pisces sign, the Shadbala, the Vimshopaka bala, the Navamsha etc if you are an advanced student)

To find out how this person ‘feels’ about the various aspects of his material life.

The birth ascendant sign (Cancer) is placed in the 5th house from the Moon (in Pisces). So he felt his entire personality and the overall environment to be very strongly a part of his creative power. He felt all the keywords of his ascendant sign to be capable of pushing him on the center-stage, he felt confident about his genius. He felt his physical existence to be a ‘child/ product/ extension/ creation’ of his astral immensity and he deeply felt this to be true. No wonder he used the occult so extensively in his life, his personality was defined by the occult. (‘Occult’ is nothing but a way of connecting to the astral dimension controlled by the Moon)

The birth chart’s 5th house (Scorpio) which represents the physical expression of creativity is counted 9th from his birth Moon. So his physical genius felt like the foundational philosophy of his life. ie he physically created several things, books, Thoth tarot deck, secret societies etc. He perceived his these actions to be his anchor on the internal levels. Cancer, Scorpio and Pisces form his Dharma trikon in both the ascendant chart and the moon chart.

(Having the birth Moon in the 1st, 5th or 9th house from the ascendant sign always drives you upwards, it is a self feeding positive loop. You feel emotionally good about the material events. This motivates you, your creativity, foundation, personality, feelings all are working together, ie the astral and the material work together perfectly.)

Next his birth 2nd house (Leo) is placed 6th from the birth Moon. So he must have felt the matters of the family, the time spent with the family /friends to be a waste of his energy, a drudgery. He must have felt saving money to be stressful activity. Maintaining a link with his family history must have felt draining etc.

His birth 3rd house (Virgo) is placed 7th from the birth Moon. He must have felt a business-like bond with his teammates and group members etc. Similarly link up every house of the ascendant chart to the birth Moon to get a sense of how he interpreted the physical things around him on the deeper levels.

What you ‘feel’ about something is paramount. eg someone may ‘feel’ good even if living a life of a beggar. Or someone may not ‘feel’ satisfied even if he is the richest man in the world. Your feelings about the reality surrounding your individual soul are decided by the Moon, ie the birth Moon chart.

Analyse the birth Moon chart just as you would analyse a regular chart.

This is a brief framework which you can use to analyse your own birth Moon chart and get more pointers into your own Mind. 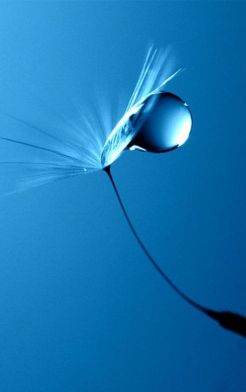 There are several more things which you can deduce from the birth Moon chart but one particular thing of interest will be the Dasha analysis. The Vimshottari dasha is the first Dasha system you will learn and it is based on the position of the birth Moon.

There are two typical situations with the birth Moon.