Signs of the zodiac are classified into fiery, watery and airy. Or as moveable, stable and dual-natured. They also have an associated Gun, satvik, rajasik or tamasik. These words do not literally mean water, fire etc but indicate qualities.

Scorpio is a watery sign, ruled by Mars and is a stable/fixed sign. It is Rajasic in nature. It might seem that these words are contradictory but they describe different aspects of the sign. Rashi is the apt Sanskrit word for sign, which means a ‘collection’, the sign is a collection of qualities. If your birth Moon is placed in Scorpio you are a very different personality. You are aware and in control of the powers of your astral self, specifically the pran-mai-kosh.

Raja-gun means that the you feel emotionally satisfied only when you are in motion. This motion is generally internal, invisible in Scorpio. You are constantly thinking/ feeling new strategies within. You have the entire summary of your past/ present/ future/ parallel lives to explore and use within yourself. You drill down into your own subconscious mind ever in search of resources. You can also penetrate into the minds of their family/ friends/ enemies too with this same intensity and focus. You observe and intuit highly personal information about others. This makes you dangerous and people tend to be rather uncomfortable around you.

Mars rules this sign. He demonstrates his challenging, explosive, penetrating, forceful, etc characteristics here too. Here he will use emotions, the aura, astral self, movement of pran, power of intention etc as his weapons to attack your own subconscious and also other’s. These attacks are usually invisible to the eye. He will control the ‘musculature’ and strength, not of the physical body but of the astral body. He will decide and also manipulate the structure of the naadi/energy channels and the vitality/pran flowing through. He gives you power to consciously control pran!

Now the Moon in the horoscope represents the physical mother, maternal figures, initial schooling, childhood home, nurturing and nutrition. All these aspects of life will reflect these similar Scorpio traits of change.

The natural eighth of the zodiac. So expect a lot of emotional turmoil for yourself and also in your surroundings triggered by your mere presence. You are emotionally ready for any shocking catastrophic change. You thrive on them!

Scorpio is a stable/ fixed sign. This means you have tremendous will power, you can focus on the essential. Mars uses the unfathomable resources of the entire sookshma-sharir, ie the subtle body, with single-minded focus. He is a hunter, a predator of the astral world. If anyone crosses you, you target the emotions. Thus your language is generally incisive, critical, harsh, vindictive, blaming and revengeful. You will try to subconsciously dominate always. Moon in Scorpio creates moodiness and discontent. He responds to threats, real or imagined, with an attack on the astral/ emotional self.

Water is fluid, it can take on different shapes depending on the vessel. As a Scorpio-birth Moon, you are determined in your ideas of dominating others, you command. And your will to implement these ideas is also constant (fixed sign). However you will use different strategies as you are also fluid. You will adopt all psychological, mental, emotional, astral tools at your disposal, highly imaginative. You can in turn become a fluid water, turn into solid ice or scalding steam. The focus and the ability to use, to crush, to command if necessary. And extremely skilled. You does not trust anyone deeply. Mars is made for domination. So you feel satisfaction only when you can dominate everyone around you emotionally. Scorpios have an emotional need to be in control.

Or imagine water flowing in a network of pipes. It can be shut down in some and forced into other pipes. Now Mars with focussed will has the skill to consciously regulate the movement of pran/vital energy on which the body/mind works. This ability is important for spiritual progress. He will be ultimately shutting down the body’s other naadis and sending all the pran you take in only into the Sushumna. Evolved Scorpios engaged in regular spiritual practice can do this more easily. They can manipulate pran in the bodies of other people also. They can heal as well as hurt with this ability they possess. So becoming energy-healers, shamans, tantrik etc is natural to them.

Scorpio controls reproductive and regenerative ability of the body. You are experimental and exploratory by nature. Affairs before marriage and during marriage are possible. In marriage there exists some dissatisfaction because the two have different ideas related to sensual pleasures. The partner prefers outgoing boisterous energy, eg family group type activities. Scorpio-Moon prefers secret domination and a bit of tension in marriage. Also will not express his real emotions ever. Scorpio also rules over the reproductive organs and the act of childbirth. Can be a good doctor/ surgeon.

Reconstructive and destructive events often occur in the life of Scorpio-Moon placements. You accept change in your own personality and surroundings in both the physical and emotional contexts. You have a very high level of confidence in traumatic and emotional situations. Scorpio is aware. It has an internal maturity of both maternal/ paternal emotions. It also has the necessary emotional readiness to interact with public, society and foreign elements. So it is are quite capable of facing any situation in life with perfect composure.

A watery sign has considerable intuition, it uses the resources of its astral self naturally, spontaneously and more often. The sign has access to astral selves of other people too. Their interaction is more on the astral levels than the physical levels. If you meet someone who has significant number of planets in the watery signs, Cancer, Scorpio and Pisces you ‘feel’ the interaction more. The auras interact with more intensity. If you are a watery Moon and your best friend too, you might notice being together without talking for long periods but then feeling like you have had entire conversations in silence. The aura exchanges information more easily in watery signs.

Watery signs are about ‘rhythm’, there is a distinct ebb and rise in your every action. Water also has depth, things move unseen, gather force till they explode like underwater volcanoes. Just like hydraulics which uses the power of fluids, Scorpio uses the targeted power of the fluid astral self in a very targeted and dangerous manner. Watery depths conceal secrets. Secrets about oneself and of other people are known to the Scorpios. And they will use them in unexpected force to dominate.

Now some astrologers completely forget to study about the Nakshatra, lunar mansions. If you want to perfect your readings, you have to learn the Nakshtra in detail. It will make your understanding of the D-9 Navamsha divisional charts also easier. Scorpio consists of 3 lunar mansions.

Vishakha – influenced by Jupiter. It uses concealed sources of wisdom to create changes to itself and its surroundings. There are rhythmic large surges in growth. Something like cell division? To grow there is first the pain of division. Desires to learn and then teach too. Is capable of healing type of pranic manipulation and the occasional kindness. A healer doctor.

Anuradha – influenced by Saturn. This lunar mansion uses secrets to resist dangers. It transforms itself by disciplined response to emotional challenges. Here the role of karmic influences in higher and the explosions of Mars’s energy are regulated. You cannot rest, there are so many duties lined up. You need to work. A doctor who works in the trauma emergency ward?

Jeyshtha – influenced by Mercury. Highly intelligent, inventive and skilful of the three. This naksahtra born are intelligent, analytical, calculative and communicative. However they will communicate nil iIf they wish to hurt someone, they know the exact precise amount of cutting words to use. Can directly confront with single minded force, refutes other’s ideas. Can be a good investigative or detective agent. Understands the criminal mind very well. Birth Moon in the very last degrees of Jeyshtha means it is a Gandant birth with its own set of issues.

Moon in debilitation. The energy of the Scorpio environment is completely unmatched to the Moon’s nature. For a Scorpio Moon to be successful the ascendant sign/lord should be well placed. The Mars should be capable of giving benefic effect. And such a Moon should be influenced by benefic and auspicious planets. Scorpio is a highly esoteric rashi. If you are a Scorpio-birth Moon, choose to explore your inner spirituality. You will be great here.

Here you are aware of the biggest fragility of of the human being. The sookshma-sharir, the subtle body. You are aware of deepest emotional astral needs, which everyone keeps secret. Acknowledge to yourself your own frailty. What you do with this knowledge, decide for yourself. This is the challenge.

If you learn to trust your own entire self, trust the conscious and the sub-conscious both. The sub-conscious mind is not a challenge that you annihilate with brute force! Yes, ultimately you will annihilate your self so that you can create yourself anew but if you try to understand the process and the reasons it will be more fulfilling. The natural Moksh trikon is created using the energies of Cancer, Scorpio and Pisces. These three signs are the most mysterious of the twelve. In Scorpio, secrets and hidden forces are used to liberate the soul from the illusion of the manifested Universe. 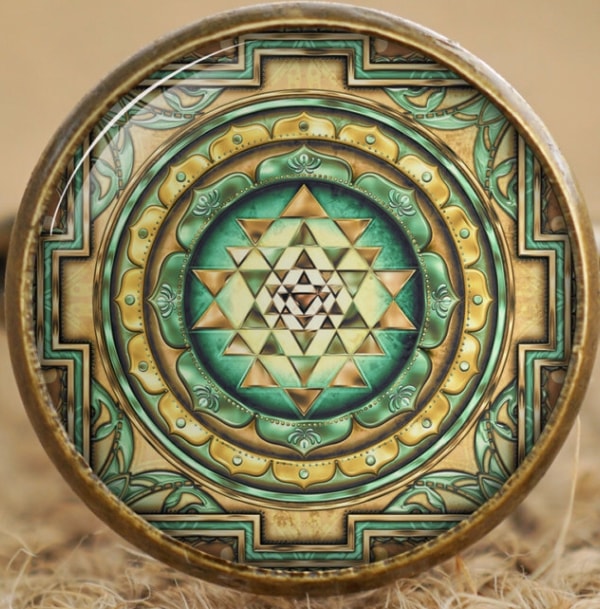